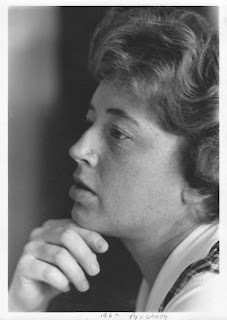 Does everyone think they have the best mom in the world? I know I always felt that way. My mother was a loving, caring mother who had a magnetic personality and the best sense of humor. She died on Saturday after a long struggle with dementia and though her passing is sad, I am very thankful that she is free of that struggle now. I have grieved and missed her so much the past 5 years and more, so I look upon her death as the culmination of what my siblings and I have been wishing for her, a release to a better place and very much a blessing. The worn-out phrase "she is at peace now" has never been my favorite but I now realize how true it is.

There are so many things about my mother that can't be captured in words, though she loved words and phrases and taught us from the time we were young all kinds of crazy things to say. One is now a family phrase that has been passed on to the grandkids too: "no thank you, I've had an elegant sufficiency, anymore would be a superfluity to my obnoxious capacity". In other words: "no thank you, I'm full".

My mom was a mom to so many others too. There were four of us and we all had friends who loved visiting and talking to her. I used to swear some of my friends were only interested in coming by and chatting with my mom, to heck with me, I was just the vehicle that led to her. Her favorite years were when we were babies and again when we were teens. The middle years of childhood were most likely a lot of work but she loved it when we finally became old enough to be more interesting. 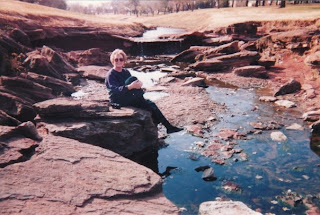 My mother had an instinctive sense on how to handle people. She was charming, to put it mildly, and she could get people to happily come around to her way of thinking. It came in handy for many reasons but especially because she worked as a nurse after we were grown and gone. Her patients loved her. She had a caring attitude but she never took herself seriously and was able to get the most unhappy or obstinate patient to have a new and better attitude by the time her shift was done. They would always ask to have her back as their nurse. She looked on difficult patients as a challenge that gave her much joy to conquer. Patients that other nurses felt were too much trouble, she'd ask to have and would have them eating out of her hand in no time flat. It was a gift.

She never met a stranger. She'd talk to everyone,she never picked a fight,she hated dissent and worked hard to turn dissension into peacefulness. She made it look easy. I was never embarrassed by her, funny thing to say because most children and especially teens at one time or another are embarrassed by their mothers but in retrospect, she never gave us reason to regret or complain about who she was or what she did. Whatever she did or said was always just right. She never made herself out to be more important than anyone else and she respected where people were coming from and was not judgmental. That doesn't mean she didn't have judgment but she never used it maliciously which is a rare quality. Somehow she was always able to rise above pettiness and would often say it wasn't worth wasting time on worry or being unhappy. She was a bit like Scarlet O'Hara in that she'd "think about that tomorrow". It worked for her.

There is something sacred to be said of the quiet hero mothers who cook, clean, take care of their kids, keep them safe, attend their functions, love them when they aren't loveable, rejoice in their happiness and give their hearts to them in their failures and sadness. My mother had her heart out waving unprotected in four different places in the world and she was one of those motherly heroes. She was a mother, a friend,a sister, a daughter, a wife, a nurse and she felt her most important contribution to the world were independent children who had a core foundation of love. I'm sure I never said thank you enough when you were alive Mom but I hope you can see and feel it in me now. I'll miss you Mom and only hope I can live up to your wonderful legacy.