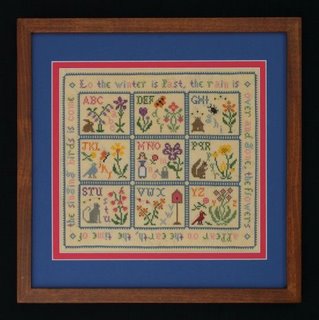 "Lo the winter is past, the rain is over and gone, the flowers appear on the earth, the time of the singing birds is come."

I love the Song of Solomon and chose to release this design last week. The verse has even more meaning for me now as my father died last week after a long few years of disappearing inch by slow inch. By the time he died, he was a sweet elderly man, but he was not the vital man I'd known all my life.

The afternoon he died, my daughter and I arrived home at the same time. She called for me to come around to the front of the house to see some bright purple flowers that hadn't been there earlier. She said "isn't that weird mom, where did they come from?" We have this particular ground cover in another area of the yard but not by the front door and I certainly would have seen these flowers as the color was almost fluorescent. We both admired them for a few minutes and went inside to find out dad, and for her, grandpa had died.

The verse brings me great comfort. The past 5 years were a very harsh winter for him but the rain is now over and the flowers appeared and he's in a better place. I know I'll see him again. In another post I'll write more about him, but that won't be this week so for now I just want to say I love you Dad, I'm so glad you are free again. 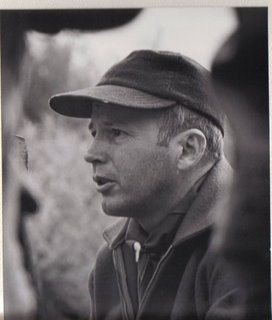