I recently received two small boxes of "stuff" after my dad died. That's all that was left, two small boxes and nothing important, some house keys, his wallet and driver's license, a few photos and letters, a small Matchbox car in an unopened package and a small lap comforter with blood stains on it.

I'm a natural born collector and come by it rightfully, so was my dad. My mother is neat, clean, has no attachment to "stuff" and doesn't like clutter. She would just as soon throw out something that I think has sentimental value as to keep it.

Recently when I've visited her, I've noticed things missing. "Mom, where is the clock Ted gave you?" "Mom where are the fans?" "Mom, where, where where???" She never knows, her memory is either gone or foggy and pretty soon her life will be down to two small boxes also.

My hairdresser also has a mother with dementia and said he's been wondering the same thing. Where's the stuff? "Mom, where is that coin collection I had as a kid?" "Mom, where did you put that artwork I gave you?" No answers, no explanations, things are just gone. He conjectured that the older we get, the harder time we seem to have holding onto our "stuff". People are in and out of the house, on a whim things might be given to someone who will appreciate them or just dumped in the Goodwill bin. It's just stuff after all and the people and the memories are the things to be cherished.

I've lovingly put the two small boxes of stuff from my dad into one, washed the comforter, put it on my sofa, looked through his wallet, saw the Golden Age pass we got him when we were together at a national park at Christmas and realized it was probably the last time he ever signed his name. His mind was gone but his signature was as strong as ever. There were little receipts, a list of members of his retirees club and a $20 bill I gave him 3 years ago when he said he didn't have any money. Being the sentimentalist and the collector that I am, I will keep these things, I will cherish them as much as if he'd left me a Picasso and I realize that "stuff" is just "stuff" but if you are like me, it's still "good" stuff. I love that line in a Don Henley song about hearses not coming with luggage racks. So true. It's just stuff. 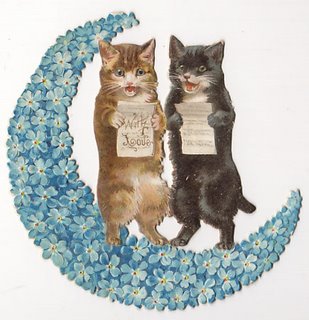 Not long ago my daughter was complaining because her brother had received a good deal of praise regarding some stories he had written. In trying to look at it from her point of view, I realized that I coudn't. I told her that when I was growing up I had honestly never had jealous feelings about my brothers or sister. I was always proud when they accomplished something and it didn't take away from me as a person if they had done well. She thought a moment and said "you're right, I am proud of him, I guess I just want attention too." Well, she gets plenty of attention for doing many things well and realized it by the end of our conversation.

I think the common denominator between being jealous and upset vs. happy and proud for another person has to do with love and maybe a little age and wisdom. I have a true and abiding love for my siblings and of course my children and husband and if something good comes their way I'm just as happy as they are. The mark of a true friend is when they can embrace all that happens to you, the good and the bad.

As humans, we find it much easier to be a good friend in a time of crisis, to lend an ear for a problem, to be there when the chips are down. It's not nearly as easy to be a good friend if you are jealous because someone won the lottery or lost a good deal of weight leaving you the fat one in the relationship. When we start feeling uneasy because of good things coming to a friend and not to us we sometimes try to level that person, take them down a notch of two to make sure they aren't standing taller than we are. It's so much harder to stand just as tall though a little shorter and even harder to raise ourselves to their new level.

I think we all want friends who will be there not only for the tragedies of life but also for the celebrations, friends who will celebrate along with us and not just in their actions but truly in their hearts. I don't want a friend who is willing to listen when the world looks bad but equally willing to chop at me when my world looks rosy and theirs doesn't.

One of my brother's favorite quotes is "act without expectations" . Wouldn't the world be a nicer place if people just did the right thing and didn't sit back waiting for a payoff, whatever that might be? He told me he and his wife went out for breakfast on Father's Day and saw an elderly gentleman eating alone. He told the waitress to put the man's bill on his tab but not to tell the man anything except the person buying him breakfast no longer has a father he can buy a breakfast for on Father's Day. I love that his actions weren't pre-meditated to give him anything except a little satisfaction. He was thinking only of brightening the day of the elderly man and honoring the memory of our father.

When we act expecting to hurt others so that we can feel good about ourselves, that is acting WITH expectations. When we buy a present for someone expecting to make a friend, that is acting WITH expectations. Offer an ear for a friend to vent not because you want to store their words for future use against them, but because you want to help their stress level. Act without, do things because they are right and ethical, be proud of your actions, don't expect a payoff, whether the payoff you want is good or bad. With this one simple quote, act without expectations, you can raise yourself higher than you ever expected and will no longer need to level anyone.

And dear sweet brother, thank you for always teaching me something when I badly need to know it. The above cats are for you :)